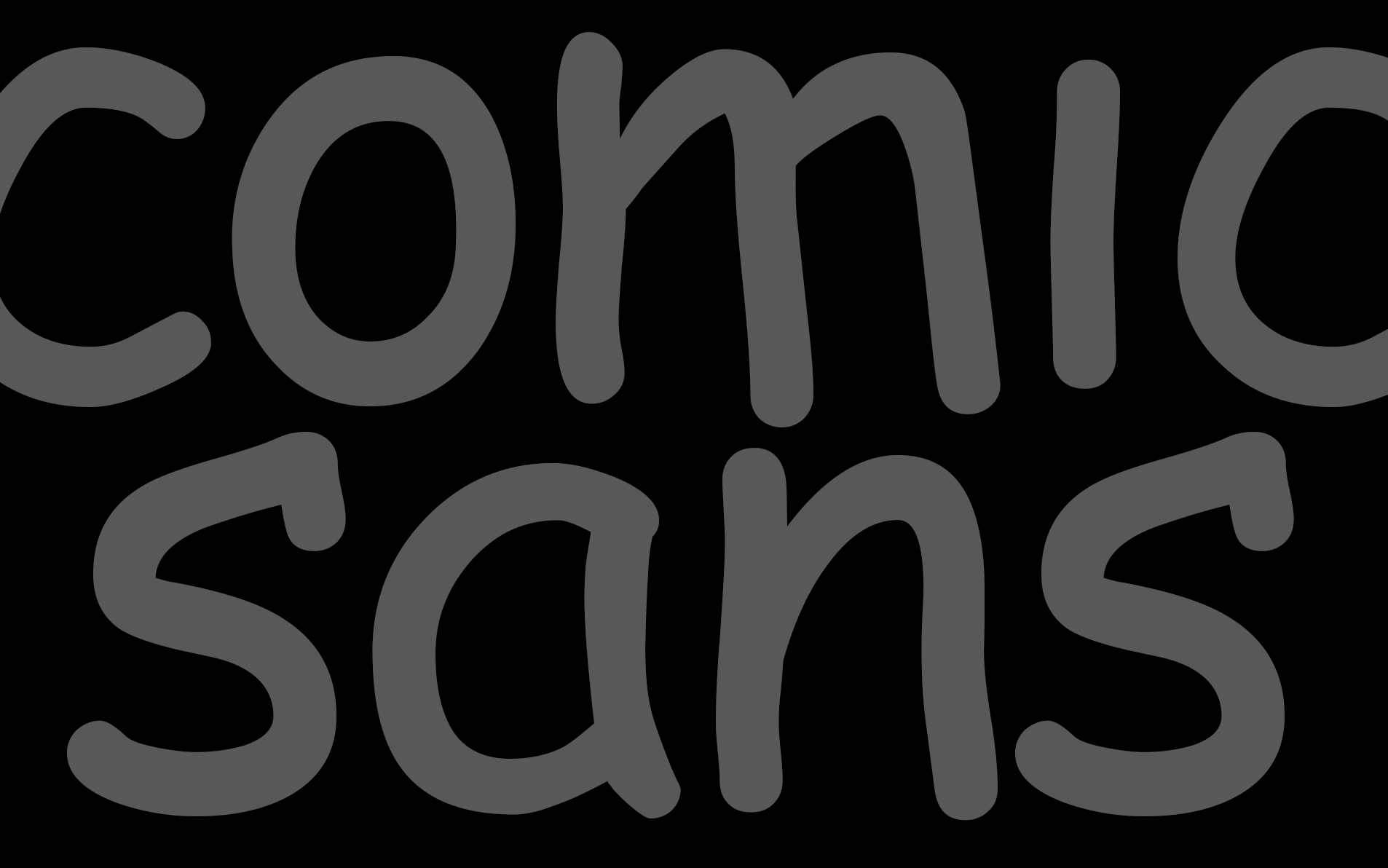 Comic Sans walks into a bar. The bartender says, “We don’t serve your type here!”

The Comic Sans creator explains how he made the world’s most-hated font.

Vincent Connare is in many ways the ideal keynote speaker for the fourth annual Boring Conference: his talk is about “the world’s favourite font”. As a topic it sounds boring, but it isn’t.

That’s because Connare is the inventor of Comic Sans, a typeface that is arguably both the most popular and the most reviled on the planet. Before it came along, most people barely registered type. But everyone recognises Comic Sans, especially on those occasions when its deployment is arrestingly inappropriate. Despite the campaign waged against it by designers and the website Ban Comic Sans, the jokey comic book font still turns up on tombstones and mortuary invoices. Connare, however, didn’t invent it so that people could make jaunty “Employees Must Wash Hands” signs.

“A typeface is an answer to a question,” he tells me later. “Everything I’ve ever done is a solution to somebody’s problem.” The problem that Comic Sans solved concerned a short-lived Windows interface called Microsoft Bob. It featured a cartoon dog who spoke to computer users through speech bubbles. The words inside the speech bubble were rendered in Times New Roman, which didn’t look right to Connare. He thought a cartoon dog should talk like a cartoon character, in comic book writing. But the software package was about to ship – it had to be done quickly. Connare consulted several comic books, and drew his characters with a mouse to get the “wonkiness” he was looking for. “It only took about three days to get the basic font down,” he said. “You knew what you wanted.”

Microsoft Bob did not endure, but Comic Sans became one of the font options offered on Windows 95, and instantly became a favourite. “It sticks out,” says Connare. “Everything else looks like something traditional that you see in books.”

Oh, and I had to download Comic Sans to create the image to go with this blog – the shame!

For the full article go to http://gu.com/p/3pzgc/sbl

From Professional Body to Thought Leaders

From Professional Body to Thought Leaders